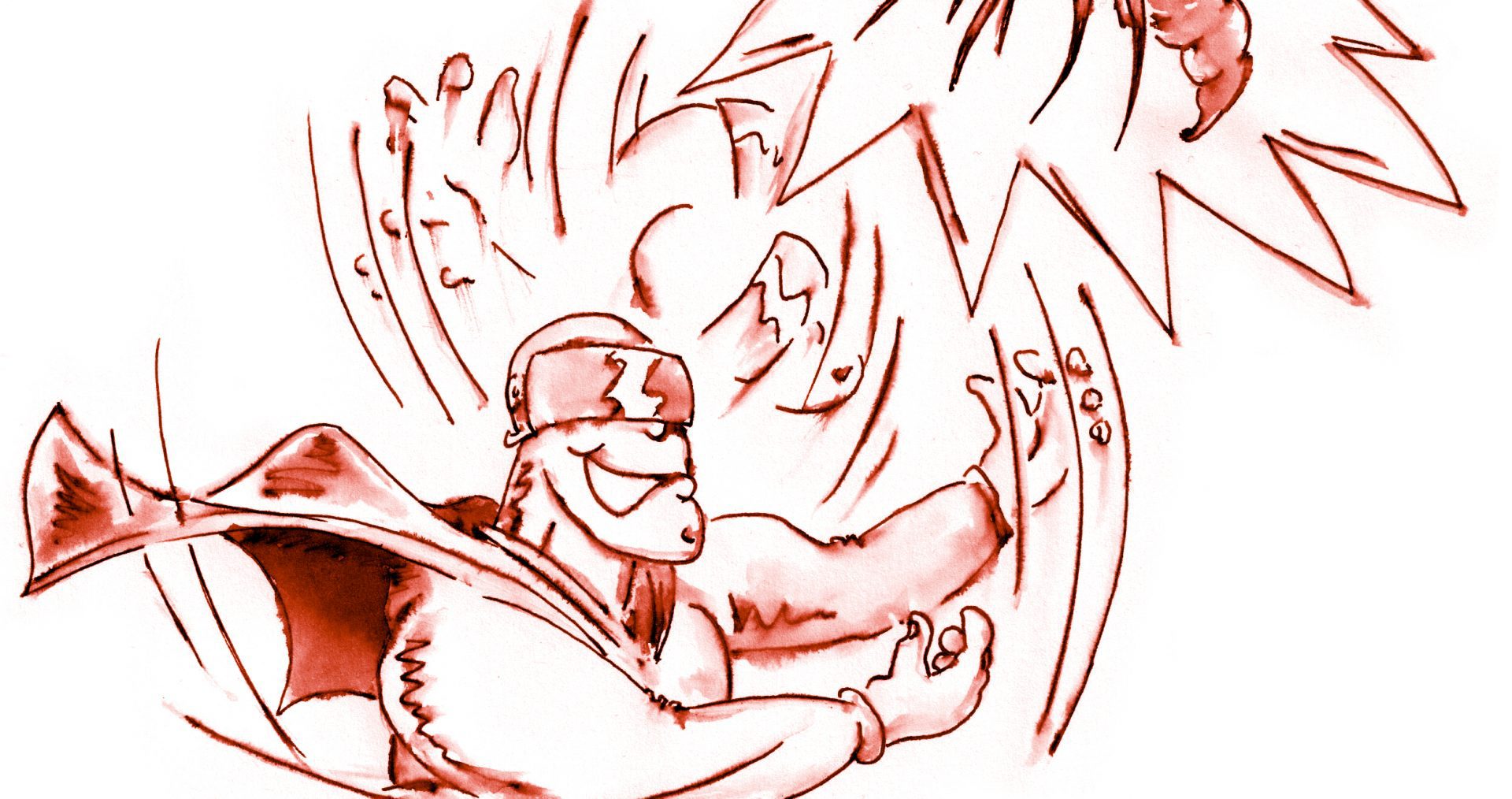 During some of our workshops, our young writers get the chance to work with professional illustrators to bring their creations to life. We always look forward to seeing which characters spring from the imaginations of our young people.

However only the chosen few eventually go on to inhabit the final published works. For some unfortunate creatures, they are only documented once and then forgotten, never to be seen or heard from again…

We’ve decided to offer some of these lost souls, depicted by our talented volunteer illustrator Chris Wareham, a brief reprieve from purgatory and share them with you. 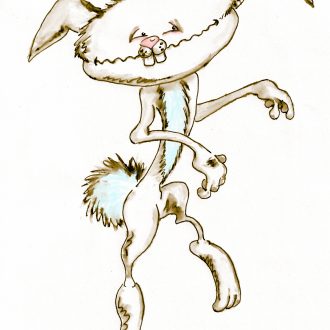 Shingle is a rabbit who likes to eat Pringles! He’s very skinny with a big head. He’s afraid of burgers because they look like his head, and his head got stuck in a burger once. He has nightmares about Demon Burgers. 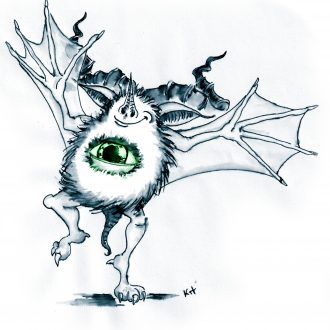 1 is a big blue furry monster with black bat wings and black winding horns. He has one glittering green eye in the middle of his tummy. He is scared of water. He dreams of having a pet bat. 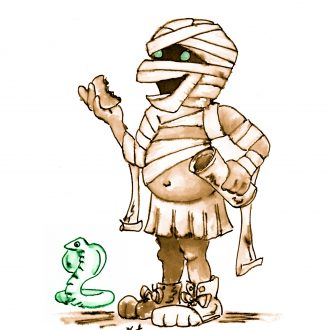 Liz – the half-human, half-mummy monster. She likes to eat. She is good at climbing and is nice. She is spotty (but only on her Mummy head). She is fearless. She dreams of becoming fully human. 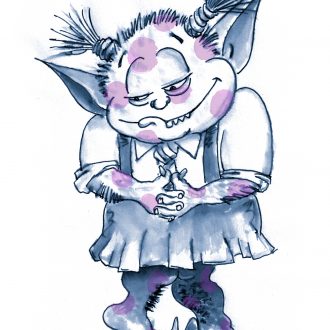 Chloe is a monster who is upset and scared because a gang are bullying her because she has no mum or dad. She is kind, but the bullies are rude. She wants to stop being bullied and have friends who will be nice to her. She is small, the size of an average greyhound. She has sharp teeth, and blue skin with pink spots. She eats normal human food and likes playing in the park. 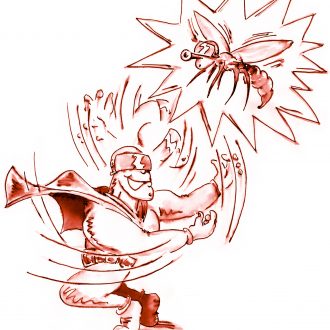 Cooper is a muscular human who can turn into a bug and fly around. He looks like a normal human but with a helmet with a little stick man human on the front so he can see through things, like where his enemies are. He is scared of robots called Titans who have night vision.

We are eternally grateful to Chris Wareham for keeping these creatures safe. Thanks to the young people at Bangabandhu Primary School whose imaginations provided these characters and to all our amazing volunteers who help our young writers bring their stories to life.

NEXT PAGE: Migration Tales – Refugee Week 2020
Are you an illustrator? Want to help bring other young writers' characters to life? Become a volunteer!
Avatars by Sterling Adventures
We use cookies to improve your experience on our website. By continuing to use the site you consent to the use of cookies on your device. You can change your cookie settings at any time through your browser settings. For more information please read our privacy policy.Accept cookies
Privacy & Cookies Policy