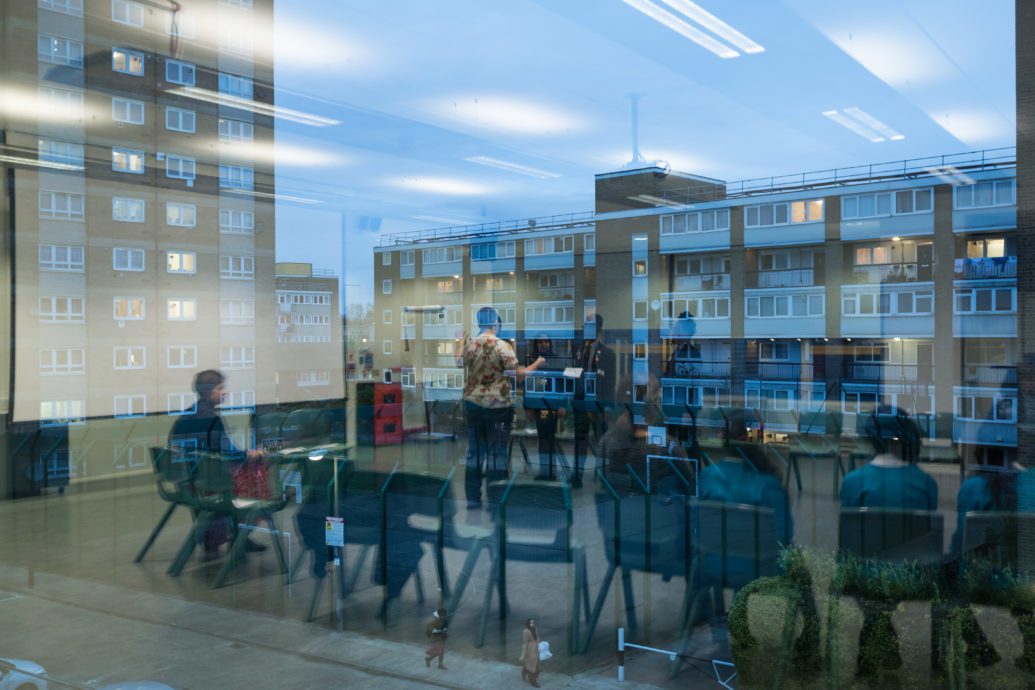 Round About Candle Street

We are excited to be collaborating with BBC History to celebrate the 65th anniversary of Dylan Thomas’ famous radio play, Under Milk Wood.

Dylan Thomas was already working on ideas for the play when he was 17 and still at school. At 19, he won a BBC poetry competition. He would later work as a BBC radio broadcaster.

Under Milk Wood explores the landscape and characters of a fictional fishing village in Wales. Our young writers – from Morpeth School and Ben Jonson Primary School – wrote their own version, based around Bethnal Green and Mile End. They called it Round About Candle Street.

Our writers created maps of their local neighbourhoods, marking important spots and people and giving them names. They used these to inspire writing, including haiku poems, poetic monologues and dialogues. Inspired by Dylan Thomas, they let themselves sound strange. We hear two brothers arguing on ‘The Depression Bench’, meet ‘Ibby’ a student who loves Fortnite and is always getting into trouble and see a special tree, with ‘shades of green and orange’.

Robert Seatter, Head of of BBC History and sound producers Jonathan Kempster and Kate Poland visited Morpeth School to record the writers and give them an experience of how the BBC works with sound. Photographer Jonathan Perugia wandered the streets of Bethnal Green taking photographs of locations the young writers had depicted.

We also created a resource for teachers and youth workers, so you can also encourage your students to write their own poetry of place and character. Check it out on the downloads bar to the right.

BBC History aims to take great past programming moments and reinvent them for current and future generations. What most motivates us, says Robert Seatter, Head of BBC History, is to show why the BBC matters, and how it has touched people’s lives and made a difference.

Ministry of Stories is always looking for ways for our young writers to create work for real audiences and purposes. By writing imaginatively about a place, we bring that place into literature.

The full-length version of Round About Candle Street will be released in three chapters, every Monday from next week.