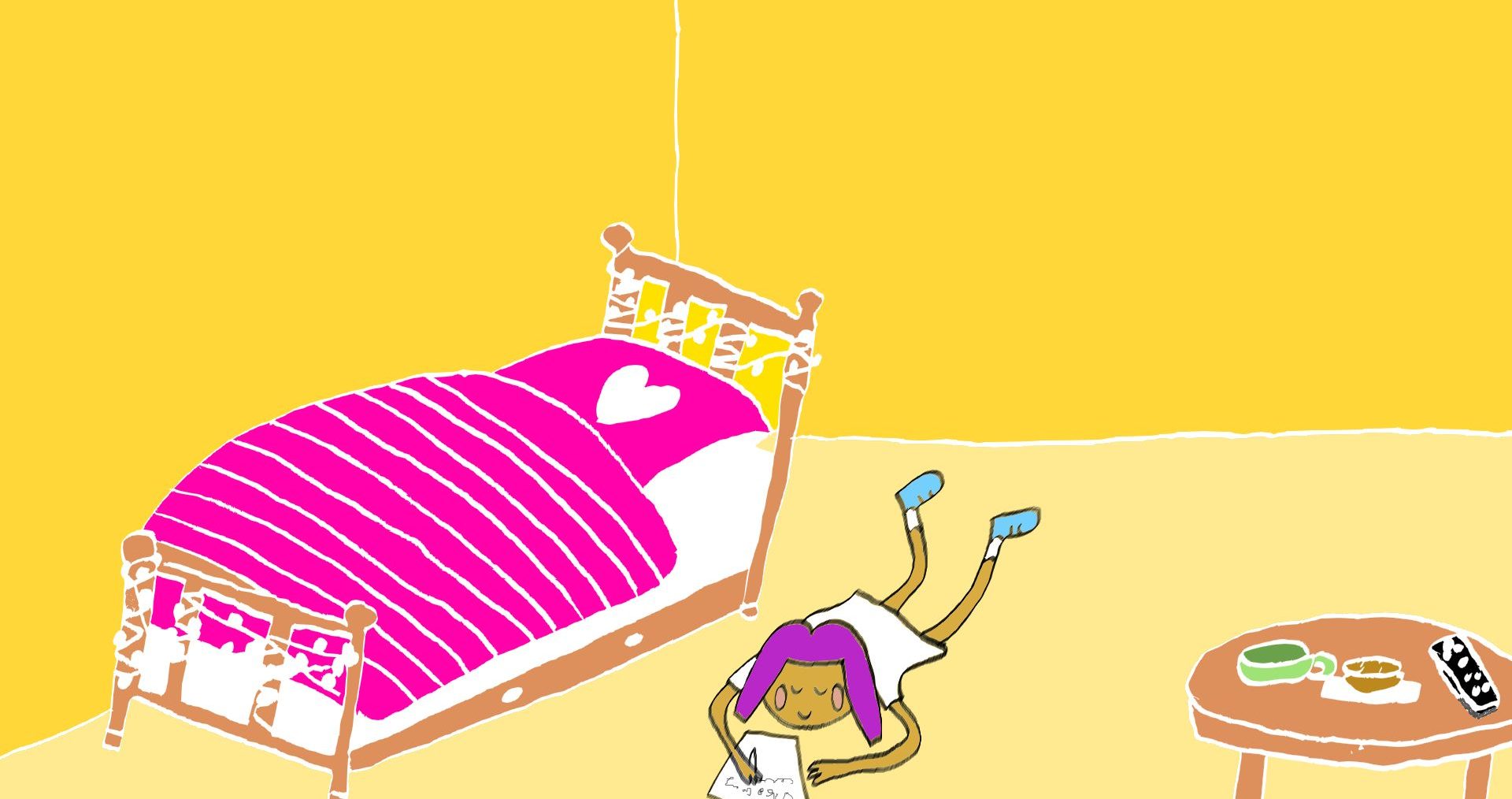 We hear from Animator Lily Ash Sakula on bringing ‘feelings big and little’ to life as part of our Anemotions project, launching this October.

Hi! I’m Lily Ash Sakula, I’m an animator, comic artist and youth worker based in London, currently studying for my MA in Character Animation at Central Saint Martins. I am also volunteering on the Ministry of Stories Anemotions project, which is a series of animated stories about our feelings, big and little.

I decided to volunteer because I love working with young people and I love the way this project merges creativity and story telling with honest conversations around mental health particularly for children.

We have been working on a story called Feel Outside the Box, which is about a little girl who has been put in a box to protect her from all the dangers of the outside world. But she gets bored and dreams of escaping. When a door finally opens to the outside world she is initially overwhelmed but she finds a friend and learns what it means to feel outside of the box.

Michelle and Glerja, the club members I worked with on this project, came up with the initial story. Together we worked to pare it down into something that could fit into a minute of animation and we made a storyboard and wrote a script together. Then I asked them to design the characters: drawing each one from different angles and and with the various facial expressions they wanted me to use while animating. They also drew some of the backgrounds and props for the final piece. Then they recorded the script and I got started on the animation using their designs. When working on an animation, first I think it’s important to get the story really tight, I make a story board that is a bit like a comic and then an animatic, which is like a moving story board that can be put together with sound. If that all works I start animating.

‘For this project I’m working on the computer using a digital tablet to draw on. Each second of animation has between 12 and 25 drawings in it, so it’s a long and laborious process!’

Eventually when there are enough drawings there the character will move smoothly from one pose to another. After I’ve finished the character animation, I draw in the backgrounds and colour in the whole thing. I love that moment when, after hours of drawing, your characters suddenly come to life and moves across the screen!

I really enjoyed working with Glerja and Michelle, they both had so many ideas and so much enthusiasm for the project and it was really fun watching a them build the story together. I’m looking forward to the screening and showing the film to the group, hopefully they’ll like it!